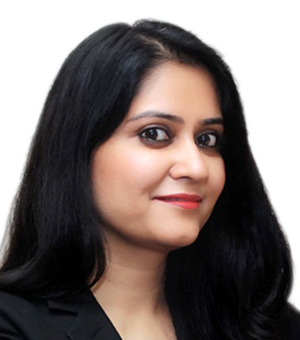 Nisha Kaur Uberoi is a Partner and the National Head of the Competition Law Practice at Trilegal, leading one of the largest competition law teams in India, across Mumbai, Delhi and Bengaluru.

Nisha is currently the lead lawyer on the alleged cement cartel case, where she is representing Ambuja Cements Ltd and ACC Ltd (both Lafarge Holcim companies) and Nuvoco Vistas Corporation Ltd (formerly Lafarge India Ltd), in which the cement companies were penalised approximately USD 1.4 billion by the CCI.

Nisha advised on the Lafarge/Holcim Euro 41 billion merger, obtained an unconditional approval on the USD 22 billion Idea-Vodafone merger in the Phase I review period itself, and represented French automation major Schneider Electric and Temasek on their USD 2.1 billion acquisition of Larsen & Toubro’s electric and automation business (India’s first and only behavioural remedies approval in a Phase-II merger review).

Recently, Nisha obtained unconditional approval from the CCI for the USD 50-billion merger between Fiat Chrysler Automobiles NV and Groupe Peugeot S.A, which was recognised as ‘Matter of the Year’ by the Global Competition Review (GCR) Awards 2021.

She also obtained approval in Phase I from the CCI for the USD 8.3 billion acquisition of WABCO Holdings by ZF Friedrichshafen, which was recognised as ‘Merger Control Matter of the Year – Asia-Pacific, Middle East and Africa’ at the GCR Awards 2021. Nisha also obtained CCI’s unconditional approval for the USD 26.2 billion acquisition of DuPont’s Nutrition and Biosciences business by International Flavors and Fragrances.

Nisha is internationally recognised as one of India’s leading competition lawyers, including being recognised by Chambers (Band 1), Who’s Who Legal Thought Leaders in Competition 2019, Who’s Who Legal: Competition, IFLR 1000, Asia Law Leading Lawyers and Euromoney Women in Business. Nisha has also featured in the inaugural ALB Asia’s 40 under 40, GCR 100 Women in Antitrust, RSG India Emerging Leaders 2019 as well in the A-List of India’s top 100 lawyers by the India Business Law Journal and Indian Corporate Counsel Association.

Nisha was part of the Working Group of the Competition Law Review Committee set up by the Ministry of Corporate Affairs, Government of India, to recommend changes to the competition law regime in India.