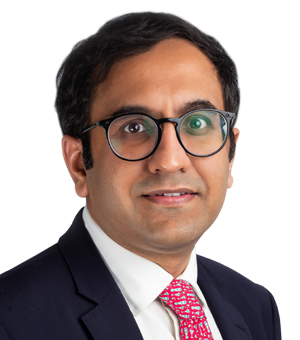 Harsh Maggon is part of the Corporate practice group specialising in public mergers & acquisitions and private equity transactions. He specialises in public and private M&A and private equity transactions. He has advised on some of the largest control deals in India, including multiple takeover offers, schemes of arrangement and delisting offers. In addition, Harsh has advised boards of directors and senior management of Indian listed companies on complex governance issues and assisted in developing strategies to deal with potential minority shareholder claims and regulatory action. He has extensive experience in advising private equity funds and foreign strategic investors on complex deals, regulatory issues and concerns that typically arise in Indian deals when negotiating with Indian promoters/sellers.

Harsh also focuses on the firm’s Healthcare and Lifesciences practice and has extensive experience in this space. He routinely advises some of the largest hospital and pharma companies, including the Manipal group, J.B. Chemicals and Piramal Pharma.

Bar Council of Maharashtra and Goa

Harsh has advised the following clients during the course of his career:

Not just a change in nomenclature